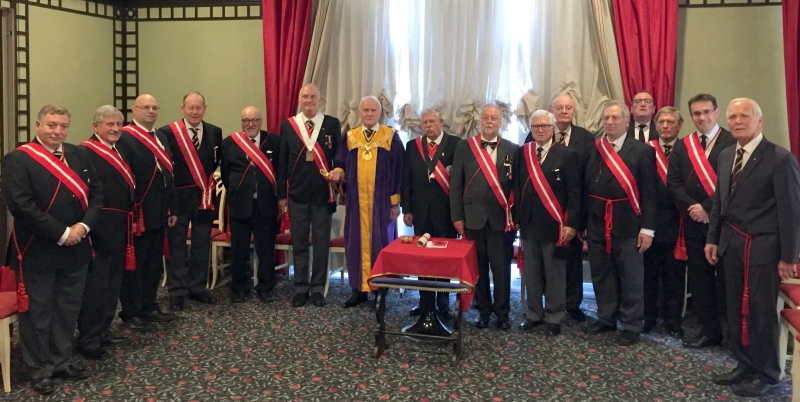 On Saturday 22nd September 2018, the first Swiss Scarlet Cord Consistory was consecrated at Lugano by the Grand Summus, Most Distinguished Companion Ian Currans, together with a team from Grand Senatus.

Although consecrated in the beautiful surroundings of Lugano, Le Cordon Ecarlate du Léman Consistory (the Lake Geneva Scarlet Cord Consistory) No 120 will meet at Lausanne, drawing its members from the two Swiss OSM Conclaves, one of which had been consecrated the day before. The President of No 120 is Very Distinguished Companion Peter Ribi, formerly the Grand Master of the Grand Lodge of Mark Master Masons of Switzerland and well-known to many as the Provincial Grand Supreme Ruler for London in the OSM.