Right Illustrious Companion Alan lives on the Isle of Man and only comes over to the mainland on odd occasions so it was proving to be difficult to present him with his certificate at a Council meeting within the District.  Right Illustrious Companion Alan is a member of Charles Hebert Perram and Northampton Councils as well as being an Honorary member of Towcester and Leicester Councils.

Finding that Right Illustrious Companion Alan would be on the mainland when the March meeting of the Old Kimboltonians’ Lodge was to be held and the District Grand Master coincidentally being the Worshipful Master of the Lodge it was an ideal occasion to make the presentation.  Permission was obtained from the Craft Provincial Grand Master, Right Worshipful Brother Max Bayes that the presentation could be made.  The main work of the evening, a passing, having been undertaken and the Worshipful Master called off the Lodge and then announced why the Grand Master was present and invited him to take the floor and make the presentation.

A very happy festive board followed the meeting with the Worshipful Master taking wine with Cryptic Masons present which to his surprise was almost half the room. 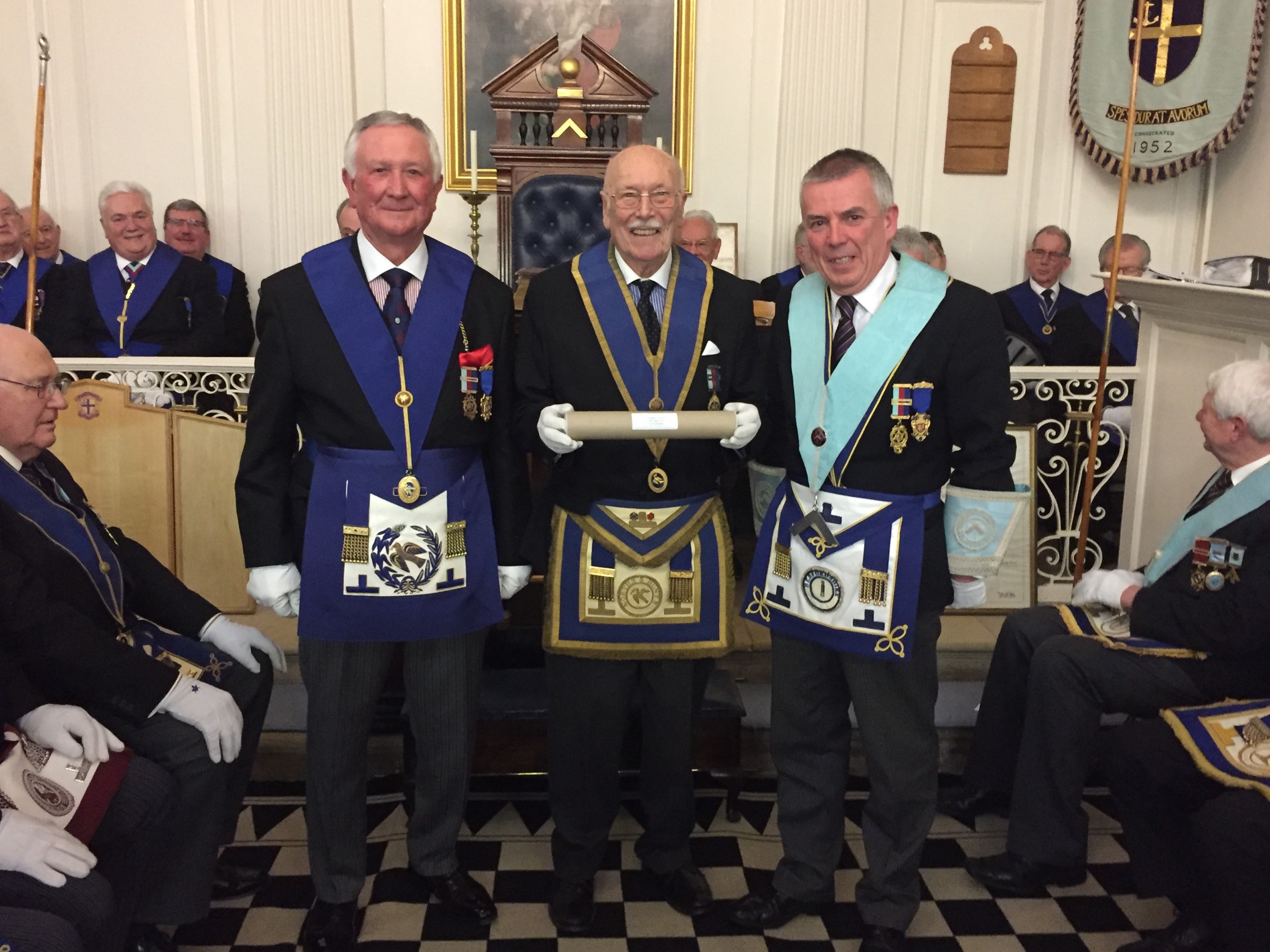