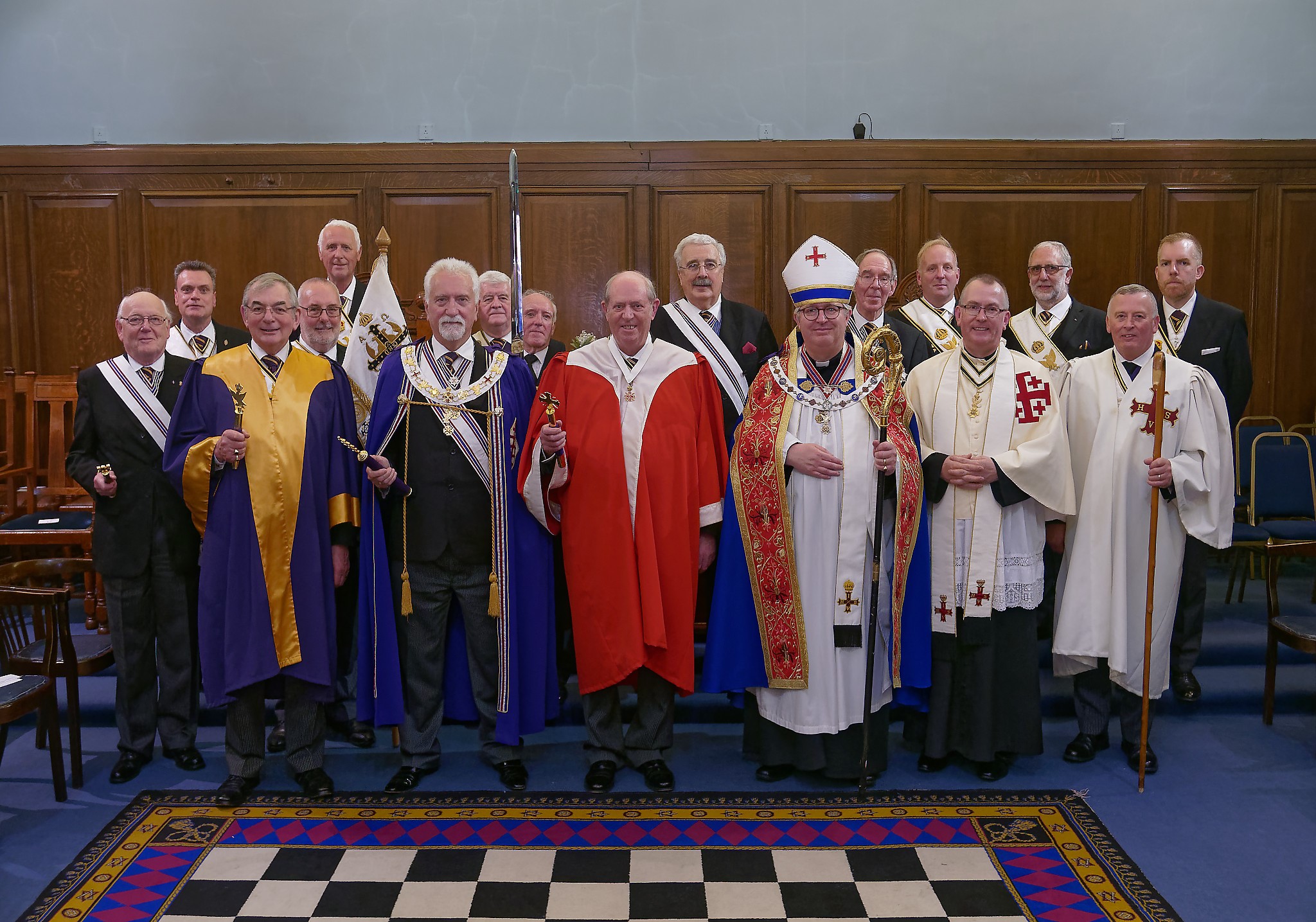 Burton-on-Trent is perhaps best known for its Brewing industry but it was the Consecration of a new Red Cross of Constantine Conclave that attracted a large number of Knights of the Order to the town on Thursday 30 May. Sepulchri Custodes Conclave No. 528 has been formed as a working Conclave for members of the Derbyshire Division’s Sepulchre Guard. The Grand Sovereign, M.Ill.Kt. Graham Leslie Flight was in attendance as the Constituting Sovereign, ably assisted by the Grand Eusebius, R.Ill. & Ven.Kt. The Rev. Timothy L’Estrange. On this occasion not only were they joined by the Deputy Grand Sovereign, R.Ill. & Em.Kt. Peter Hawken, MBE, who acted as Grand Senior General, but also the Past Grand Sovereign, M.Ill.Kt. Richard Wallis.

The Consecration ceremony in this Order has several aspects that are unique to the Order and is very colourful. The Knights were treated to a very interesting Oration by Ill.Kt. The Rev. Justin Parker who was acting as Grand High Prelate. At the after proceedings the Grand Sovereign was presented with a gift to remind him of this visit to the Division, a pair of cufflinks set with “Blue John”, a mineral found only in Derbyshire.