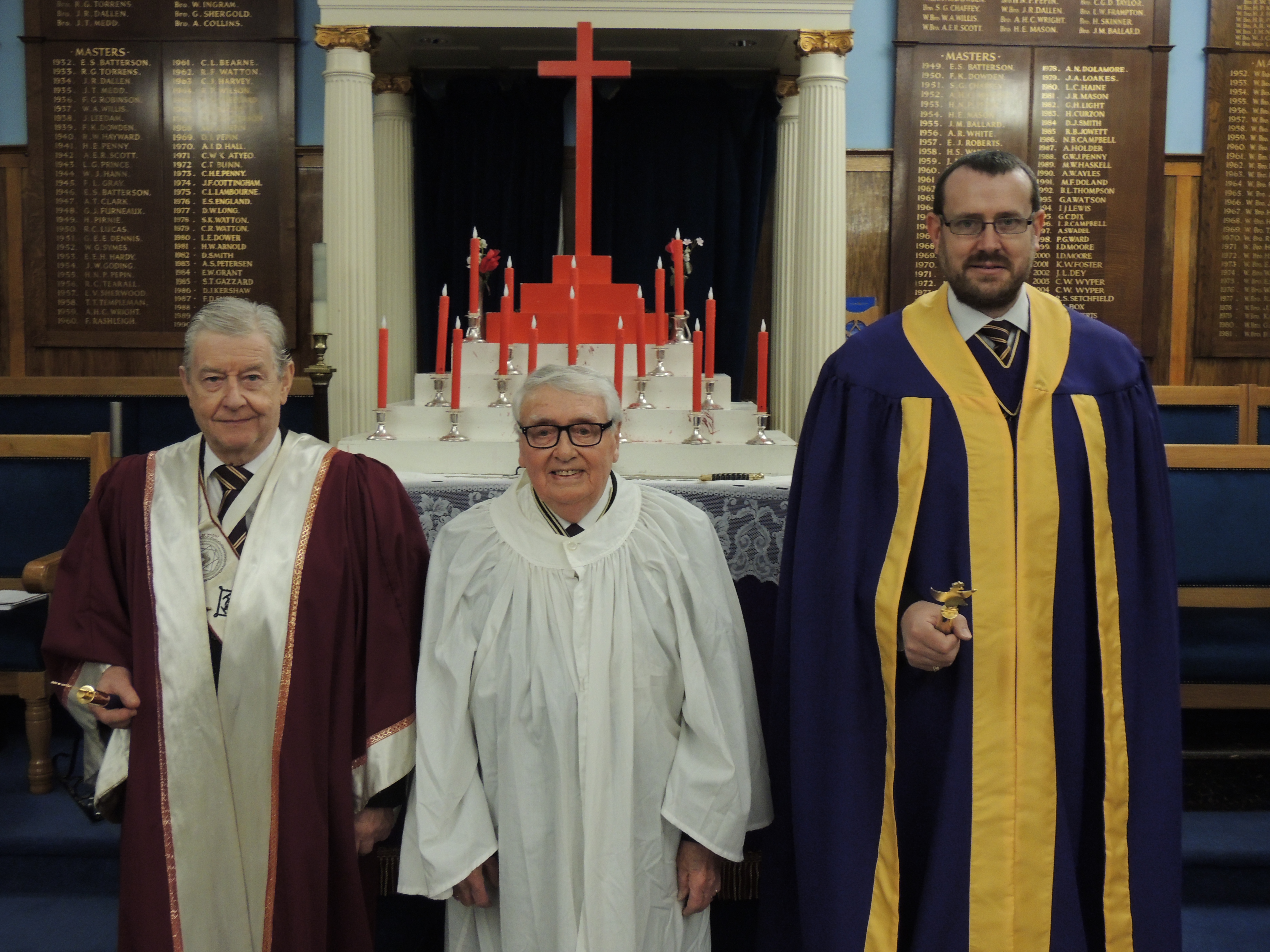 V.Ill.Kt. George William Bristow P.G.H.Alm. celebrated having been Installed into the Red Cross of Constantine 50 years ago, on 30 January 1969 at a meeting of Heraclius Conclave, No. 404 on Thursday 31 January 2019.

During this time, George has been a founder member of 3 Conclaves and a joining member of another Conclave within the Division of Dorset and Wiltshire. He has taken the Chair several times and continues to be an active Member of the Order.

Sending you our best wishes from all at Mark Grand Lodge.