This event has already taken place, but if you would like to read more, please see the article Huge Success for Mark Masons’ Hall - London Open House 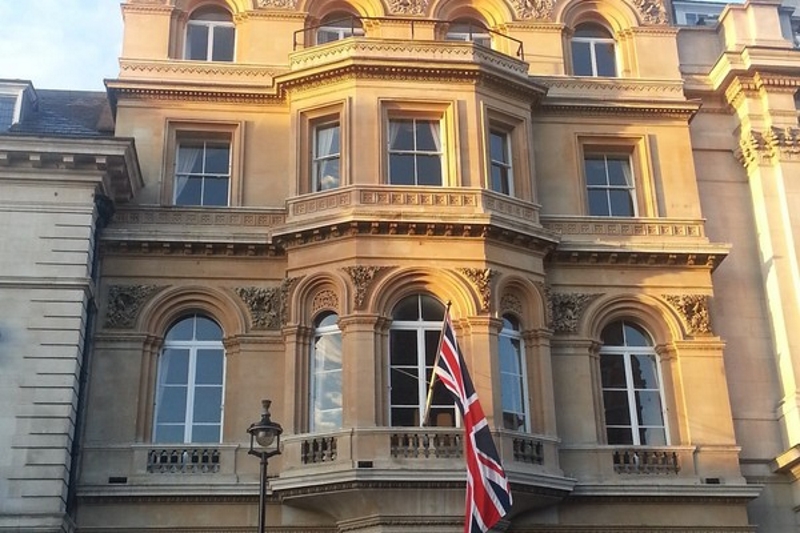 Have you ever wondered what goes on at Mark Masons’ Hall?

We are delighted to let you know that our application to join the London Open House Weekend has been accepted and we will open our doors to the public from 10 am until 2 pm on Sunday, 23 September 2018.

Why not pop along and say hello to the staff at Mark Masons’ Hall, find out what we do and take a tour of this fabulous building. Join us in the bar for a pint of Green King’s IPA or London Glory or even a drop of Old Speckled Hen.

We look forward to seeing you.

What a great afternoon we all had at Pendennis Castle!

Nearly 100 brethren and their wives travelled from across Cornwall, to show their support for our Provincial Grand Master Kevin Hicks at the official presentation of a new BMW RT1200 P motorcycle to the Cornwall Blood Bikes Charity. The donation to Cornwall Blood Bikes, is part of the partnership with the National Association of Blood Bikes which has seen donations made by the Mark Benevolent Fund to twenty six Blood Bike Groups nationally totalling £437,934.

The funding for this partnership came from the Royal Parks walk which took place in May 2017. In 2016 the then Pro Grand Master of the Grand Lodge of Mark Master Masons Richard Victor Wallis, announced that he intended there to be a charity walk through the Royal Parks of London which “he hoped might raise £100,000 pounds for the Mark Benevolent Fund”.

That aim is as relevant today as it was when the fund which this year celebrated the One Hundred and Fiftieth Anniversary of its formation in Lincolnshire with the 2018 MBF festival.

We look forward to seeing “Mark Mason out and about on the roads of Cornwall and express out thanks to Darren Coleman-Heald the Charities Manager from The Grand Lodge of Mark Master Masons for travelling to Cornwall to attend the presentation and to the Brethren and their ladies for their support. 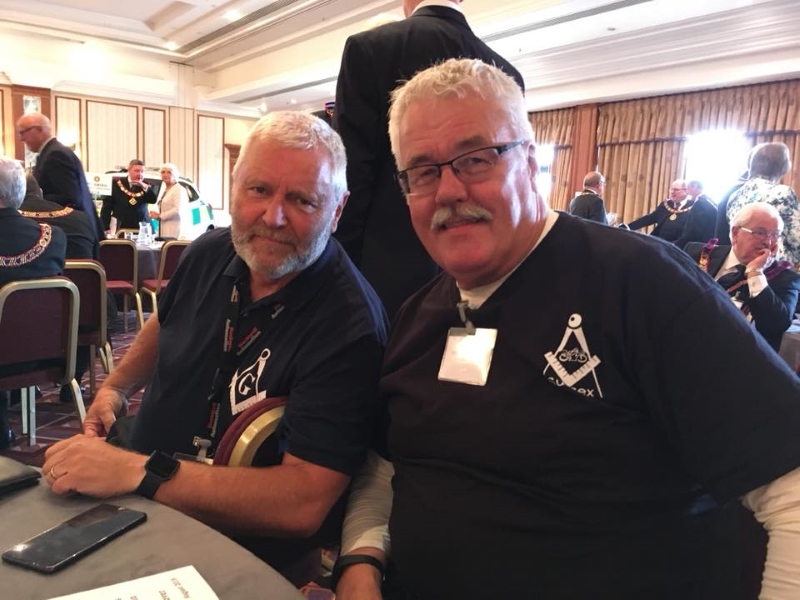 What a great priveleged occasion. Bro Kev Parsons and Myself, both members of the Temperance Motorcycling Lodge No 978 represented The Sussex Mark Province at The handover of 45 Blood Bikes and cars to many Mark Provinces in England and Wales. A few hundred Mark Masons (mostly wearing chains!) and Blood bike riders, met at the National Motorcycle Museum for a superb Presentation by the Grand Secretary and Deputy Chair of the Mark Benevolent Fund. Thanks to the continuing generosity of the MBF, a strong ‘Bond’ has grown between the National Association of Blood Bikes and Mark Masonry.

Masons have become Blood Bikers and Blood Bikers have become Masons. The movement of Blood, Breast Milk and donor organs for transplant has been brought to the level of a truly professional service. The theme of the event was making all those involved to feel ‘Proud’ and they rightly should.
A privilege to have attended this inspiring event. Next time you see a blood bike or car on Sussex’s roads - you will know you have helped provide it!
Feel justly proud.

With its roots going back over half a century, the concept of a rapid response motorcycle based charity, run by unpaid volunteers has an impressive track record. More than one of the current NABB member groups can proudly demonstrate in excess of three decades of continual service to the NHS and the wider community.

Since its inception as an umbrella organisation in 2008, NABB has successfully promoted and been actively involved in the start up of numerous independent Blood Bike groups across the UK and the Republic of Ireland. With only a handful of areas not yet covered by a Blood Bike group, our vision of providing a ‘coast to coast’ service is rapidly becoming a reality. Although we are all volunteers, we operate to professional standards and comply with current legislation relating to our activities, which includes MHRA / NICE guidelines, UN3373 compliance and GMP training.

During 2013, the 25 NABB member group’s 1,400 advanced qualified volunteer riders responded to around 35,000 requests for rapid transport from 262 hospitals in the UK. These requests were to transport anything from whole blood (red cells), platelets, plasma, serum, surgical instruments to patient’s notes, X-rays, Human donor milk and MRI scans. These requests ranged from urgent (Priority 2), through to emergency (Priority 1) life threatening scenarios.

Although these groups have saved a significant amount of money for the hospitals, they are primarily acknowledged by their client hospitals as providing a professional and high quality service. The fact that they do this free of charge is just the icing on the cake.

We have 113 guests and no members online