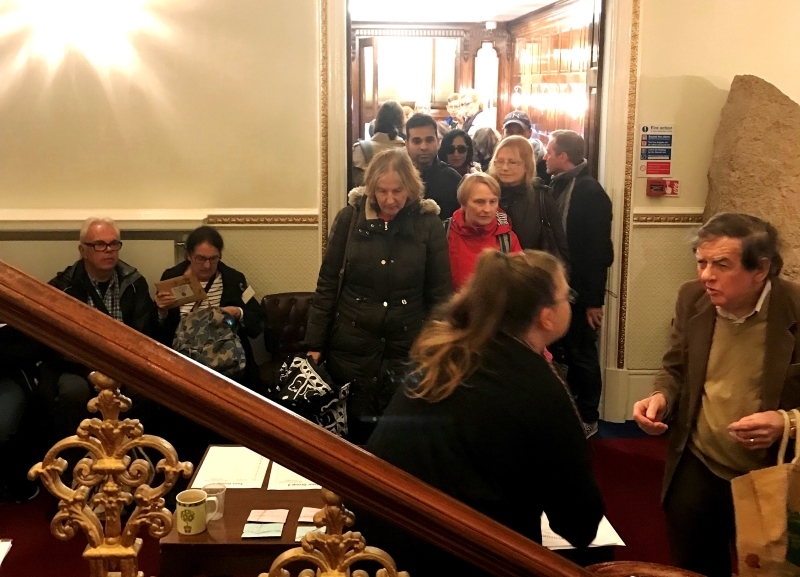 Guests arrived from 9.30am and waited very patiently in the rain so we opened the doors early to allow them to dry off. Within minutes the team was inundated with guests from all corners of the globe. Our figures show that we welcomed over 400 people in to the building during the 4-hour opening time.

Lisa looked after registrations at the front desk whilst Judith directed people to the various rooms and answered their strange and wonderful questions ‘en route’! Dan and Michael were good enough to take on the role of tour guide and Fabio and Frank were swamped in the bar serving drinks and sandwiches. Darren spent most of his time working both printers to death on the 4th floor as demand for brochures outstripped supplies!

They all had a great day, if not a somewhat exhausting one, and were delighted when the doors closed at 2pm, but not before a last final mad rush by those wanting to see the lovely building. The last time Mark Masons’ Hall joined the Open House project was over 10 years ago and we are thrilled by the success of the event.

Here’s to next year!