Oscar’s Happy Feet are Dancing to a New Tune! 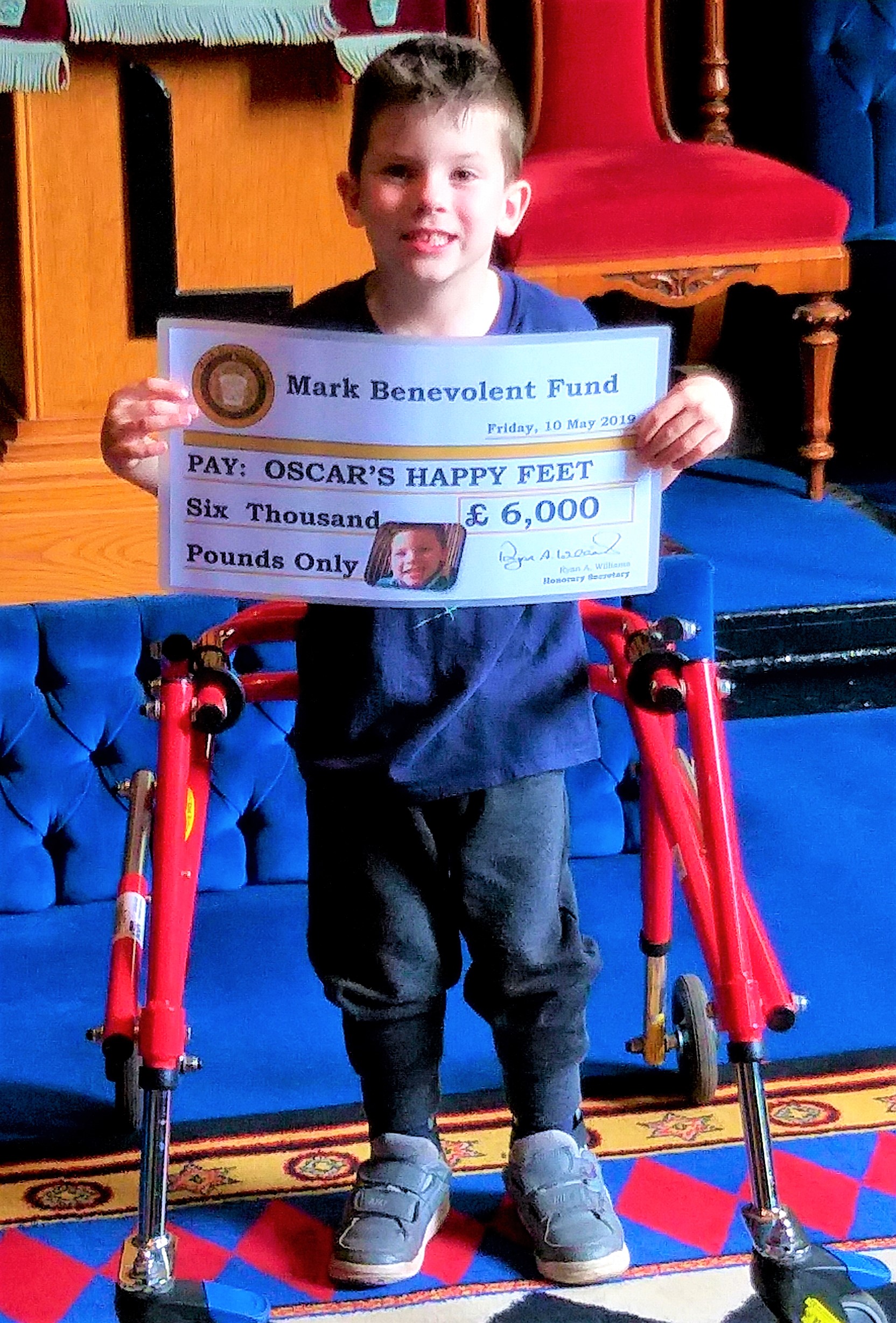 This is Oscar Grainger who was with his family at the Masonic Hall in Paignton. R.W.Bro. Peter Balsom, Provincial Grand Master for Devonshire and his Executive, along with W.Bro. Darren Coleman-Heald, P.A.G.D.C., Charities Manager at Mark Masons’ Hall, were representing the Mark Benevolent Fund to present a cheque for £6,000, giving Oscar the final piece of the jigsaw to allow him to have his life changing operation and support him in his rehabilitation.

At 18 months Oscar was diagnosed with Spastic Diplegic Cerebral Palsy. This means Oscar has increased muscle tone in his legs which causes stiffness and difficulty with movement, coordination and balance. He uses specialised equipment and has daily physio to help him become more independent.

It was advised that Oscar is a good candidate for a procedure called Selective Dorsal Rhizotomy (SDR). Without this life changing surgery Oscar will most likely need more invasive surgery as he grows, and he could lose more of his independence.

Since Oscar’s parents started the campaign in April 2018, NHS England have made the decision to fund the SDR operation and some post op physiotherapy.

We wish Oscar every success with the operation in June and we will be keeping you up to date with his progress.