Provincial Grand Supreme Ruler, R.Wy.Bro. David Littlewood, for the Province of Cheshire and North Wales presented a cheque for £2,000 to the North Wales Superkids Charity in conjunction with the Chester Conclave No. 155. The charity offers several projects to help disadvantaged children and young people throughout North Wales.

This year’s Toy Box Appeal supported 1,616 young people throughout the area by giving them a parcel of Christmas presents, where they would not have received anything for Christmas. Similar levels of support are expected for 2019.

Another incentive, the Holiday Project, provides static caravan holidays for young people and their families. The caravan, based in Hafan y More, Pwllheli, following the donation of £2,000 presented by the OSM members, will now be connected and ready for occupation from March.

Margaret Williams, founder of the charity, said she was delighted to receive the support from the local Freemasons, and looked forward to opening the refurbished caravan for business in the very near future.

R.Wy.Bro. David Littlewood, Provincial Grand Supreme Ruler, said he was pleased to see the new system of referral working and was happy for the Order to support such a deserving charity, who do such wonderful work throughout the North Wales area.

Find out more about the charity on the North Wales Super Kids Charity Website. 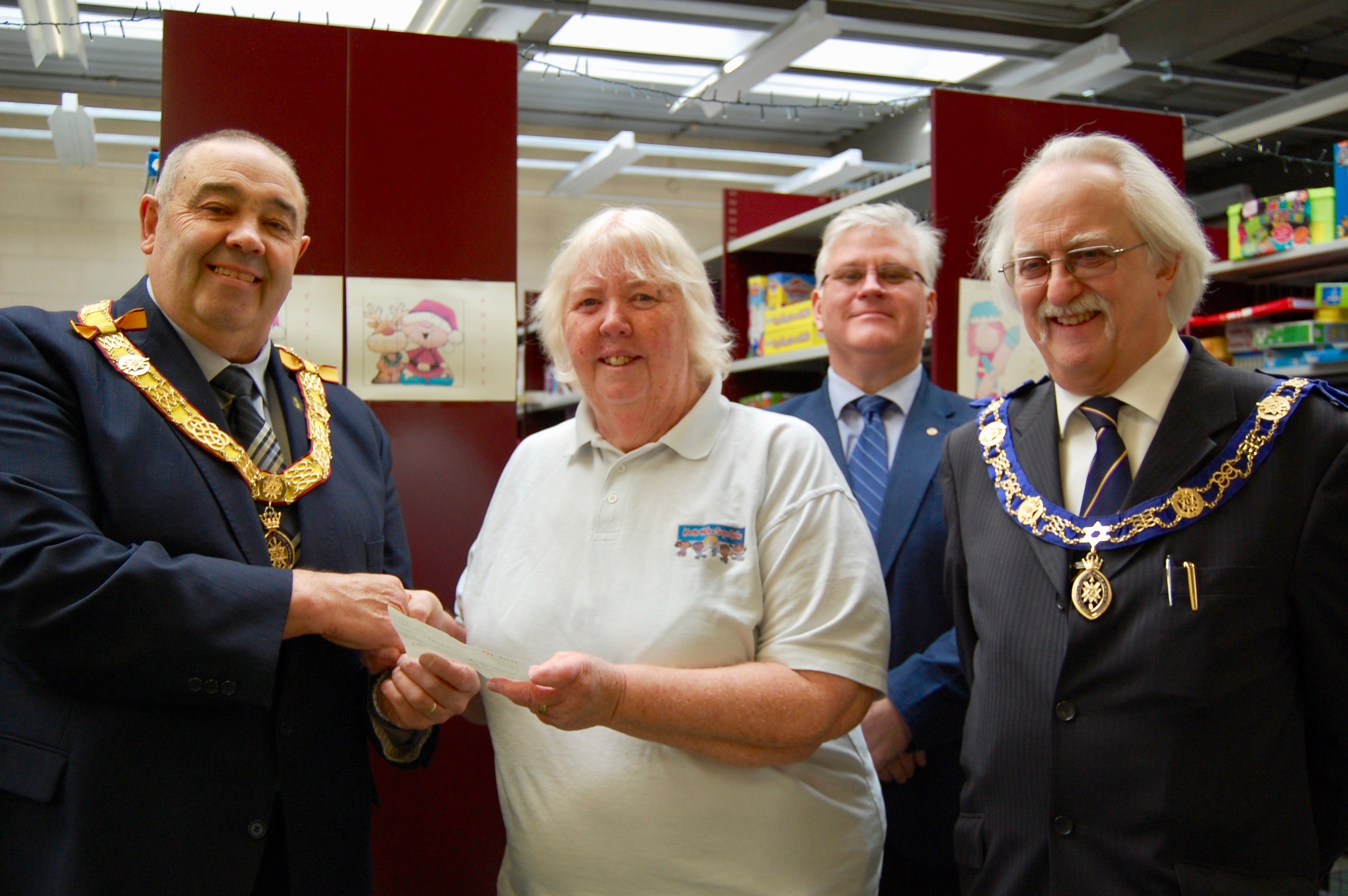 Thanks to the Province for the Picture and Text.