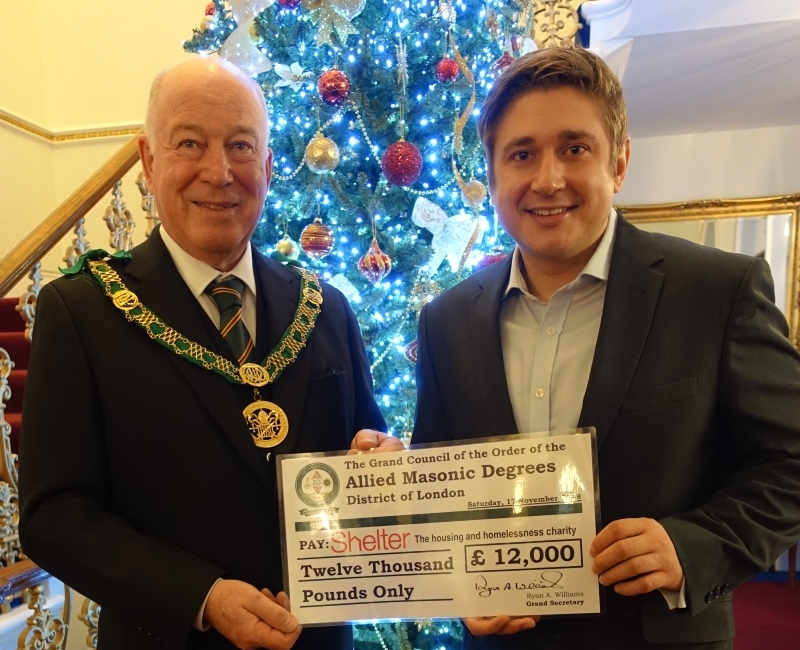 R.W.Bro. Colin said, ‘We raised a lot of the money from the sale of our AMD mugs and the proceeds were spread across our Districts as Shelter is a national charity. Across the country we see the homeless on our streets, but it is just the tip of an enormous, heart-breaking problem not only covering the lack of accommodation but also mental illness, and the sheer danger of living in the open. I must also thank my Assistant District Grand Secretary, W.Bro. Scott Cargill, P.G.Stwd., who raised £6,615 by spending one very cold night on the streets of London last March.’